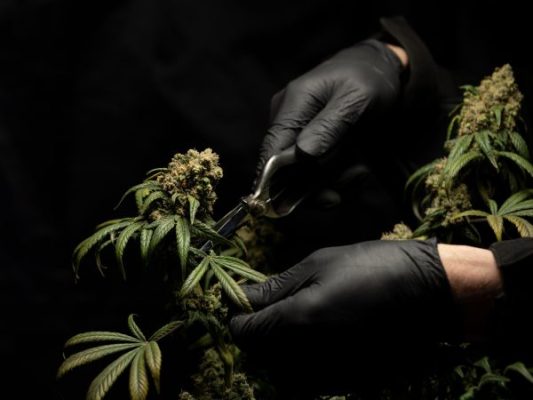 The cannabis and LGBTQ rights movements have been connected from the beginning, as they mutually supported reform throughout the decades.

“Arguably, neither would exist as they do today if not for the other,” said Tyme Ferris, founder and CEO of cannabis brand Pantheon Collective.

The decades have been tumultuous for each effort. Both movements saw positive progress in the 1960s. Some states decriminalized homosexual activity, and various favorable Kennedy and Johnson-era reports on the plant were submitted.

However, progress turned to regression in the 70s under the Nixon administration.

Per the Controlled Substances Act, cannabis was listed as a Schedule I drug, considered to have maximum abuse potential but no medicinal value. This classification came “Even though the Shafer Commission, formed by Nixon, recommended decriminalizing cannabis,” said Pantheon Collective co-founder Thomas Kupiec.

The 80s were equally devastating for both movements. As the drug war raged on, HIV and AIDS impacted the gay community as it reeled from the virus. Between 1981 and 1990, over 100,000 people died from AIDS, according to the Centers for Disease Control.

As the disease ravaged the U.S., President Ronald Reagan chose not to address the issue until 1987. At the same time, he continued the Nixon-era War on Drugs, headlined by the ‘Just Say No’ campaign.

“In most places deeply touched by the AIDS crisis, there’s a nexus between marijuana reform and gay rights,” said journalist and podcaster Jay Lassiter.

Rather than pushing for cannabis access, America doubled down on punishment. Bills like 1984’s Comprehensive Crime Control Act, 1986’s Anti-Drug Abuse Act and the controversial three-strike …

The Flowr Corp. Reports Slight Drop in Revenue for Q1 2022