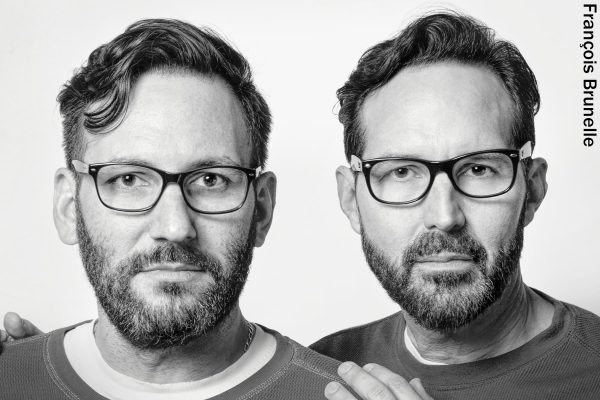 Aug. 30 , 2022 – Most everyone has played the “separated-at-birth” game, joking that look-alike friends and even celebrities who aren’t related might have a secret shared parentage.

But new research shows it’s no joke that, with some doppelgangers, there is in fact more to the idea than meets the eye. A team of Spanish scientists studied pairs of unrelated look-alikes and found that they not only bear a striking resemblance to each other, but also share significant parts of their DNA.

The findings, published in the journal Cell Reports, suggest those genetic similarities might extend beyond just facial appearance. DNA analysis based on the new work could one day help doctors identify a person’s hidden risks for certain diseases and even help law enforcement officials target criminals through biometric forensics, the researchers say.

But perhaps the most fascinating takeaway is the likelihood that most people on the planet have an unrelated “twin” out there somewhere, says Manel Esteller, PhD, a researcher at the Josep Carreras Leukemia Research Institute in Barcelona, who led the study.

“It’s not unreasonable to assume that you, too, might have a look-alike out there,” he says.

Esteller’s new study grew out of his research into the similarities and differences among identical twins. He was inspired by a photography project by French-Canadian artist Fran?ois Brunelle, who has been taking pictures of unrelated look-alikes worldwide since 1999. His remarkable photographs prompted Esteller to ask: Could DNA explain these look-alike “twins”?

“In 2005 we discovered that brother twins that have the same DNA [also called monozygotic twins] presented epigenetic differences [chemical changes in DNA that regulate how genes are expressed] that explained why there were not perfectly identical,” he explains.

“In the current study, we have explored the other side if the coin: people that have the same face, but they are not family related. These individuals helped answer the longstanding question of how our aspect is determined by nature and/or nurture.”

They found that 16 of the look-alike pairs had scores on par with those of true identical twins, who were also analyzed by the team’s facial recognition software. Of the look-alike pairs, 13 were of European ancestry, one Hispanic, one East Asian, and one Central-South Asian.

The researchers then examined the DNA of those 16 pairs of look-alikes and found they shared significantly more of their genetic material than the other 16 pairs that the software deemed less similar in appearance – a finding the researchers said was “striking.”

Esteller notes that it would seem to be “common sense” that people who look alike should share “important parts of the genome, or the DNA sequence,” but that had never been scientifically shown – until now, that is.

“We found that the genetic sites shared by the look-alike corresponded to four categories,” he says. “Genes previously reported to be associated with the shape and form of the eyes, lips, mouth, nostril, and other face parts using general population studies; genes involved in bone formation that can relate to the skull shape; genes involved in distinct skin textures; [and] genes involved in liquid retention that can give different volumes to our face.”

While the doppelgangers’ DNA was closely matched, Esteller was surprised to find that the lifestyle surveys – assessing 68 variables – revealed major differences in the 16 pairs of people. These differences were almost certainly due to the environment and other parts of their lives and upbringing (think: “nurture vs. nature”) that didn’t have anything to do with their genetic makeup.

Those differences, he explains, are another sign the similarities in the pairs’ appearances almost certainly have more to do with their shared DNA than other things.

Even so, he found some look-alikes were alike in ways that could be linked to their DNA – such as height and weight, personality traits (such as nicotine addiction), and even educational status (suggesting intelligence might be linked to genes).

“It is said that our face reflects our soul,” Esteller says. “Being less poetic, our look-alike answered a large questionnaire to grasp their physical and behavioral profiles. We observed that those look-alikes with high concordance in the facial algorithms and genetic commonalties not only shared the face, but also other features. …”

So, what explains those genetic similarities? Esteller says it’s likely that it’s chance and coincidence, spurred by population growth, and not a result of some prior, unknown ancestral or familial link. There are, he explains, only so many things that make up human facial features, so it stands to reason that some people – by luck of the draw – will resemble others.

“Because the human population is now 7.9 billion, these look-alike repetitions are increasingly likely to occur,” he says. “Analysing a larger cohort will provide more of the genetic variants shared by these special individual pairs, and could also be useful in elucidating the contribution of other layers of biological data in determining our faces.”

Beyond the weird-science appeal of the study, Esteller believes his findings could help diagnose diseases, using DNA analysis. They might even help police hunt down criminals one day in the future – giving forensic scientists, for instance, the ability to come up with sketches of suspects’ faces based only on DNA samples found at a crime scene.

“Two areas are now very exciting for further development,” he says. “First: Can we infer from the face features the presence of genetic mutations associated with a high risk of developing a disease such as diabetes or Alzheimer’s? Second: Can we now from the genome be able to reconstruct a face that would be extremely useful in forensic medicine? Both avenues of research can now be pursued.”


Hear It From the
Doppelgangers

For Marissa Munzing and Christina Lee, who took part in the look-alike study, the social implications of Esteller’s research are at least as important as the scientific findings.

Munzing, who has known Lee since they met freshman year at the University of California, Los Angeles 14 years ago, did not expect to find that their DNA was such a close match.

“I was definitely surprised that [we] might have similar DNA, as close to being twins, with my friend,” she said in an email. “How crazy!! And cool! I do call her my ‘twin’ from time to time so I guess it’s really fitting now!”

But knowing we all might have a secret twin out there could help bring people together at a time when Americans and others throughout the world are so deeply divided along class, social, and political lines, she says.

Lee agrees, noting that having a friend with a closely matched genetic profile “and even a similar face” adds to a sense of connection with others we might consider strangers.

“It can be nice to feel like you aren’t alone, even if is just in your looks,” she says.

“We really are more similar and connected to each other than we think,” Munzing says.


The New York Times: “Your Doppelg?nger Is Out There and You Probably Share DNA With Them.”

The Most Common Form of Bullying Isn’t Physical or Verbal