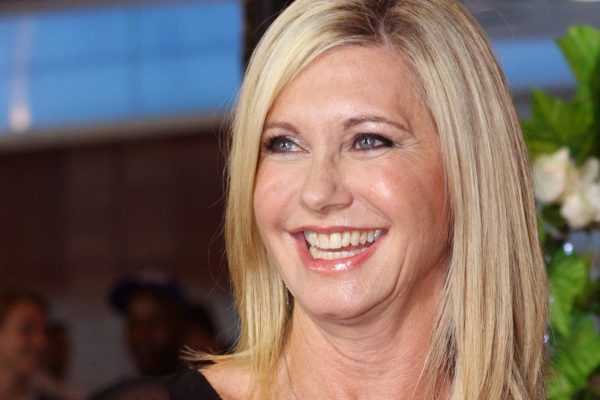 Aug. 8, 2022 – Olivia Newton-John will forever be known for her feel-good ballads, sunny disposition, and her star turn as a goody-two-shoes in the hit musical Grease. But the singer-songwriter wanted to be remembered for more than the love songs and the role that defined her decades-long career.

After her first bout with breast cancer more than a quarter-century ago, Newton-John used her celebrity status to help increase awareness of the disease, which affects more than 2 million women worldwide. Her efforts – including a charity walk on the Great Wall of China – raised millions of dollars for a cancer research center that bears her name.

Newton-John, who was diagnosed with breast cancer in 1992, died Monday in California. The cause of death is not immediately known She was 73 and is survived by her husband, John Easterling, and her daughter Chloe Lattanzi.

“Olivia has been a symbol of triumphs and hope for over 30 years sharing her journey with breast cancer,” her husband posted on Newton-John’s Instagram page. “Her healing inspiration and pioneering experience with plant medicine continues with the Olivia Newton-John Foundation Fund, dedicated to researching plant medicine and cancer.”

Among all cancers, breast cancer is the No. 1 cause of death among women, statistics from the World Health Organization show. The disease is the most frequently diagnosed cancer among women, and some developed countries have the highest rates in the world. In the United States, it is estimated that one in eight women will get the disease.

The Xanadu star was first diagnosed with breast cancer in 1992. She said doctors had caught it in its early stages because she’d been diligent about getting routine checkups. Ten years later, she celebrated the opening of the Olivia Newton-John Cancer and Wellness Center in Melbourne, Australia.

But the cancer came back.

In a September 2018 interview with the Australian current affairs program Sunday Night, Newton-John disclosed the cancer returned in 2013 and spread to her right shoulder. She had to cancel U.S. and Canada tours to get treatment.

Rumors that Newton-John’s health had worsened surfaced in the summer of 2018 and intensified later that year. But in a short video message posted on her Facebook page in January 2019, she dismissed the dire reports, telling her fans, “I just want to say that the rumors of my death have been greatly exaggerated. … And I’m doing great. I want to wish all of you the happiest, healthiest 2019 as possible.”

In the Sunday Night interview, Newton-John said she was confident she’d win her latest face-off with the disease. In addition to radiation treatment and eating a healthier diet, the popular singer and actress said she was treating the cancer “naturally” and used homemade cannabis chews to ease pain and help her sleep.

She said she felt scared and overwhelmed at times, and thinking of others who also were dealing with cancer kept her grounded.

“There are other people out there doing much, much worse than me,” Newton-John said. “I’m [a] very privileged person and I’m very aware of that. I mean, I live in this beautiful place, I have a wonderful husband, I have all the animals that I adore. I have an incredible career.”

“I have nothing really to complain about.”

Newton-John was born on Sept. 26, 1948, in Cambridge, England. Her family moved to Melbourne, Australia, when she was 5. By the time she was 15, she’d formed an all-girl musical group and was appearing on local TV shows.

The first big break in her singing career came when she won a trip to London in a talent contest. Throughout the 1960s, Newton-John and a close friend traveled around Europe singing at army bases and clubs. By the time she auditioned for the part in Grease in the late 1970s, she had had a successful solo career and had won several Grammy Awards.

Keeping up with regular mammograms is key to catching breast cancer in its early stages, when it’s easier to treat and the chances of curing it are much higher, says Nisha Unni, MD, a breast cancer specialist at UT Southwestern Medical Center’s Harold C. Simmons Comprehensive Cancer Center in Dallas. She says advances in screening technology over the least 2 decades – including 3-D mammography – have helped doctors catch breast cancer much earlier, especially in younger women.