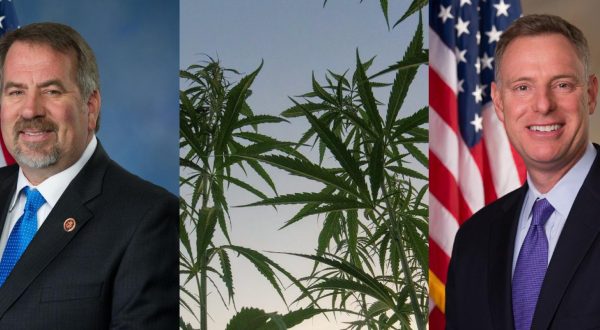 Congress members Scott Peters (D-CA) and Doug LaMalfa (R-CA) introduced legislation on Monday that seeks to crack down on the use of banned pesticides on illegal marijuana grows on public land.

The bill called the Targeting and Offsetting Existing Illegal Contaminants (TOXIC) Act was drafted to address and rectify the environmental damage being done by illegal pesticides. According to an official statement from LaMalfa’s office, TOXIC also raises criminal penalties for those who grow cannabis on federal land and use banned pesticides.

It is important to note that banned pesticides are banned for a reason: they’re dangerous. Consumers who consume even small amounts of marijuana treated with these substances could potentially die.

“Illegal marijuana grows have brought dangerous cartels into our rural towns, terrorizing residents and decimating our landscape,” LaMalfa stated. “The banned pesticides they use on their product seep into the soil and watershed, poisoning wildlife and endangering residents who inadvertently consume it. Everyone; outdoor enthusiasts, nearby residents on their own land, wildlife, Forest Service and law enforcement personnel are all at risk. The TOXIC Act is necessary to criminalize those who cause damage to our public land with banned chemicals and helps remedy the environmental impacts.”

If the legislation passes it would authorize $250 …

Zappy Zapolin of Psycheceutical Bioscience Joins the Benzinga Psychedelics Advisory Council: What You Need to Know