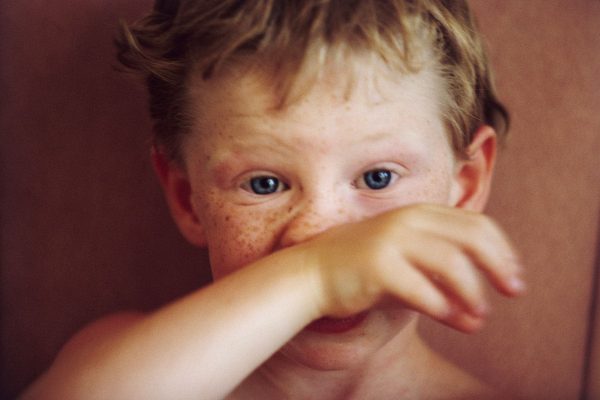 An Inoperable Tumor In Your Lung

The linings of kids’ noses are better able than those of adults to guard against SARS-CoV-2 infection, Australian researchers report.

“Children have a lower COVID-19 infection rate and milder symptoms than adults, but the reasons for this have been unknown,” said study co-author Kirsty Short, of the University of Queensland. “We’ve shown the lining of children’s noses has a more pro-inflammatory response to the ancestral SARS-CoV-2 than adult noses.”

She said researchers found major differences by age when comparing participants’ response to COVID variants. They recently published their findings in the journal PLOS Biology .

For the study, they exposed samples of nasal lining cells from 23 healthy children and 15 healthy adults to SARS-CoV-2. The virus replicated less effectively in the children’s cells and the antiviral response was greater, researchers found.

“It could be an adaptation to the increased threats of ‘foreign invaders’ such as viruses or bacteria observed in childhood,” she said. “It’s also possible that increased exposure to these threats in childhood ‘trains’ the nasal lining in children to mount a stronger pro-inflammatory response.”

Short added that the expression of virus-fighting genes may change due to metabolic differences between children and adults.

Interestingly, the study found that the Delta variant of COVID was significantly less likely to replicate in kids’ nasal cells than in adults’. This pattern, however, was noticeably less pronounced with the more contagious Omicron variant that is now predominant around the world.

“Taken together, it shows children’s nasal lining supports lower infection and replication of ancestral SARS-CoV-2, but this may be changing as the virus evolves,” Short said.

She said more research in a larger population is needed to validate these findings and to determine the role of other factors such as antibodies in protecting children from SARS-CoV-2 infection.

For more about how SARS-CoV-2 spreads through the nose and respiratory tract, visit the University of North Carolina Gillings School of Global Public Health.

‘ +
‘By clicking “Submit,” I agree to the WebMD Terms and Conditions and Privacy Policy. I also agree to receive emails from WebMD and I understand that I may opt out of WebMD subscriptions at any time.‘ +
‘