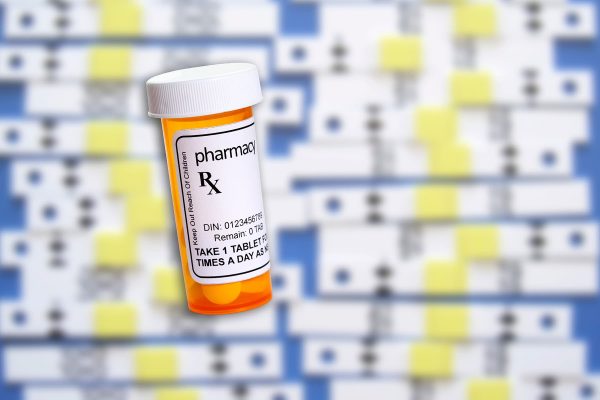 TUESDAY, Sept. 20, 2022 (HealthDay News) — As opioid overdose deaths continue to soar, a Canadian program points to one way to save lives: providing “safer” opioids to people at high risk of overdose.

That’s the conclusion of a study evaluating Canada’s first formal “safer opioid supply,” or SOS, program. Such programs aim to prevent overdoses by giving vulnerable people an alternative to the increasingly dangerous street supply of opioids.

In this case, the London, Ontario-based program provided clients with a daily dose of prescription opioid tablets, as well as basic health care, counseling and social services.

The result was a rapid drop in emergency department trips and hospitalizations among the 82 clients studied, the researchers found. And over six years, there was not a single overdose death.

“I think this is a landmark study,” said Thomas Kerr, director of research at the British Columbia Centre on Substance Use, in Vancouver, Canada.

Kerr, who was not involved in the study, acknowledged that SOS programs are controversial and have their critics. Concerns have included the possibility of opioid pills being sold, or people crushing the tablets and injecting them, which carries the risk of overdose or infection.

But criticisms of safer supply have been made in the absence of data, Kerr said.

“The whole conversation has been clouded by misinformation,” he said. “When we’re talking about matters of life and death, we can’t rely on people’s opinions.”

Kerr said he hoped the new findings “will mute some of the misinformation.”

The study was published Sept. 19 in the CMAJ (Canadian Medical Association Journal). Itcomes amid an ever-worsening opioid epidemic.

In the United States, opioid overdose deaths have been on the rise for years, and the situation worsened after the pandemic hit. In 2020, nearly 92,000 Americans died of a drug overdose — largely involving opioids, according to the U.S. Centers for Disease Control and Prevention.

The crisis has mainly been driven by illegally made versions of the painkiller fentanyl, a synthetic opioid that is 50 times more potent than heroin, health officials say. Illicit fentanyl is sold in various forms, including pills made to look like other prescription opioids. It’s also commonly mixed into other illegal drugs, like cocaine and heroin, to boost their potency. The result is that users are often unaware they’re taking fentanyl.

Safer supply programs are based on the principle of harm reduction — that overdoses, infections and other consequences of opioid addiction can be prevented, without requiring people who misuse drugs to be completely abstinent.

The new findings come from a program begun in 2016 at London InterCommunity Health Centre. It provides clients with hydromorphone (Dilaudid) tablets, dispensed daily, as well as many other services — including primary health care, treatment for infections like HIV and hepatitis C, counseling, and help with housing and other social services.

The researchers, led by Tara Gomes, of Unity Health Toronto, looked at data on all 94 clients who entered the program between 2016 and March 2019. They compared 82 of those people against 303 individuals diagnosed with opioid addiction who did not take part in the program.

Over one year, the study found, emergency department visits and hospitalizations fell among program clients, while remaining unchanged in the comparison group. And while clients had medication costs — covered by Ontario’s prescription drug plan — their yearly health care costs outside of primary care plunged: from about $15,600, on average, to $7,300.

Again, there was no substantial change in the comparison group.

Dr. Sandra Springer is an associate professor at Yale School of Medicine, in New Haven, Conn., who has helped craft practice guidelines for the American Society of Addiction Medicine.

“This study is further evidence that programs that meet patients where they are and provide easy access to clinical care for treatment of opioid use disorder can save more lives and reduce health care costs,” said Springer, who was not involved in the research.

Opioid dependency itself can be treated with medication-assisted therapy, which involves counseling and medications like buprenorphine, methadone and naltrexone.

“While this SOS program did not provide traditional medications for the treatment of opioid use disorder to all participants, those medications were available to patients through the program,” Springer noted.

And, she said, other research has shown that when people who use drugs are offered “compassionate care,” they are more likely to accept “evidence-based treatment.”

The extent to which SOS programs will spread remains to be seen. In 2020, Health Canada announced funding for several additional pilot programs. And last year, New York City opened two overdose prevention sites — where people with opioid addiction can use the drugs in a clean, supervised setting, and be connected with health care and social services.

The sites are the first publicly recognized overdose prevention centers in the United States.

Kerr said that in the face of an opioid crisis that is only worsening, “the status quo response is not sufficient.”

“We have to try new approaches,” he said, “and scientifically evaluate them.”

The U.S. National Institute on Drug Abuse has more on opioid use disorder.

Have Long COVID? Here’s Where to Go for Care